On August 5, nine PHINMA Education schools simultaneously held their Employees’ Assemblies in their respective locations, the first in-person event of its kind since the start of the pandemic. Employees gathered to listen to leaders’ messages and reports, celebrate special awards, and watch colleagues’ performances. 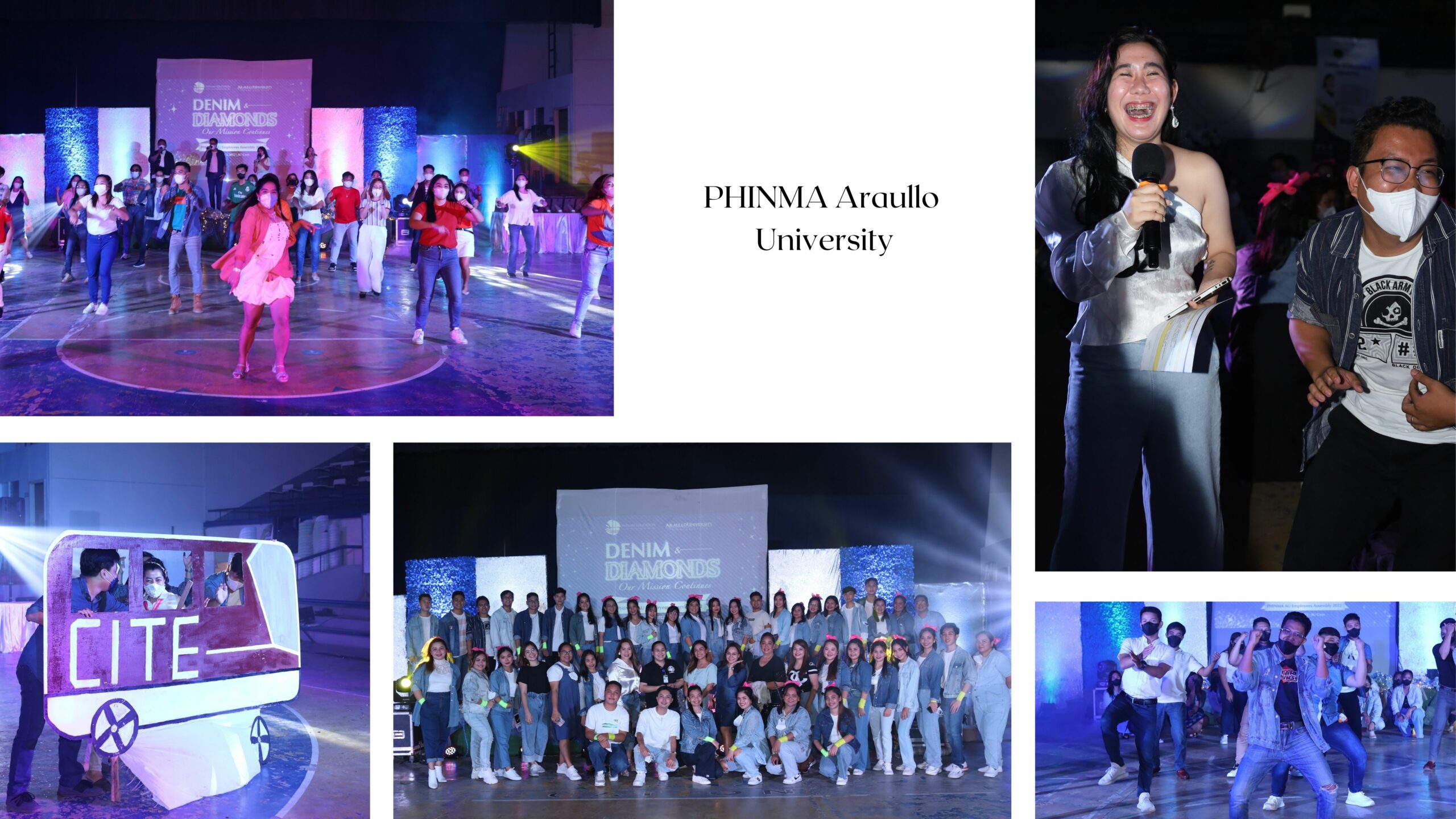 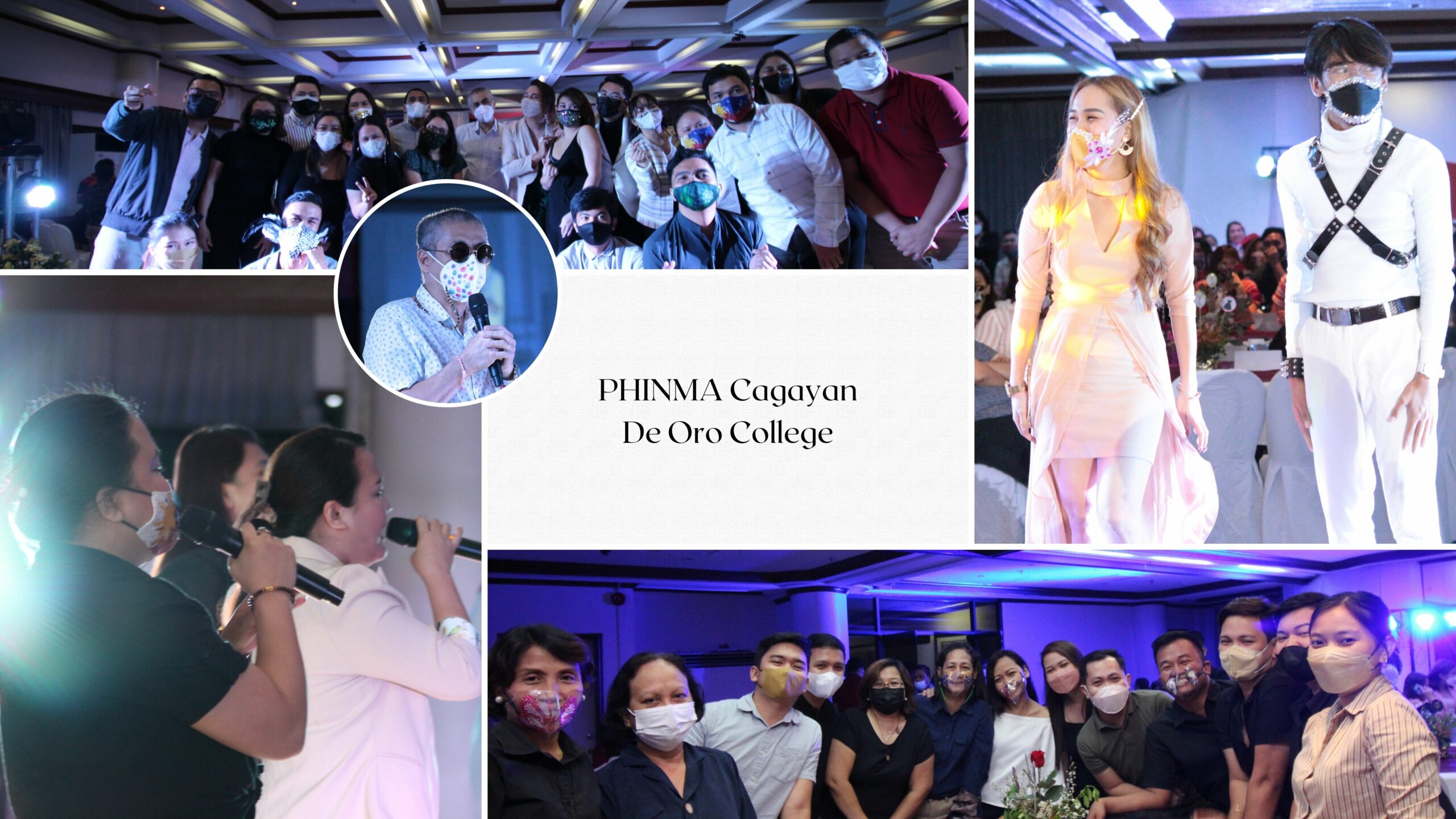 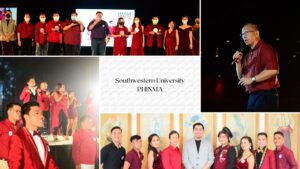 Each school had its own theme for the night, with “Level K-UP” for  PHINMA Education NCR, “Denim Diamonds” for PHINMA Araullo University, and the “Spotlight Champions” for PHINMA Southwestern University, for example. However, regardless of their unique themes, the assemblies were united by a single message: Our Mission Continues.

The assemblies opened with PHINMA Education’s newly launched brand manifesto video. It was followed by an address from President and CEO Dr. Chito B. Salazar, which was simultaneously broadcasted across the schools.

In his speech, Dr. Salazar talked about the network’s performance for SY 2122, highlighting the 95,000 enrollment count as well as the academic performances. He also imparted words of encouragement and shared stories of some remarkable students. Among them were a working student, a young mom, and another one was an ALS graduate who sells snacks inside the campus. It was the president’s reminder to PHINMA Education employees about the network’s mission, reason, and the community they are serving.

Employees with tenureship of five, 10, 15, 20, and 30 years were then recognized for the length of service in their respective schools. Dr. Salazar, PHINMA Education Finance Chief Daisy Montinola, and SWU COO Albert Gamboa spearheaded the awarding in SWU, while the school COOs were in charge of the rest of the schools.

SWU awarded 37 employees to recognize their service and contributions to the university. Among them were Cristy Gutang, Lohindren Adorable, Esmeraldo Pepino, and Jueritta Belarde who has been in service for over 20 years. Mary Jane Hermosisima and Marilou Basa were also honored for their 25 years of service. Lastly, Helia Acson with her more than 30 years of tenure.

On the other hand, AU awardees include Catherina Joan Lavadia, Era Dela Cruz, Emmanuel Villanueva, Diosdado Batalla, Roxan Eduardo, Alma Lazeleta, and Rechi Talagtag who were in service for 15 years now. Among the AU awardees, Ms. Emily Garcia has the longest tenure which is 20 years.

PHINMA NCR schools also have their set of awardees. Sarah Forto’s 20 years in PHINMA SJC was awarded. Madeline Mariano, Jocelyn Baay, and Allan Arguelles were also recognized for their 21 years. Finally, Lena Ubungen was honored for her 31 years of service in the institution. 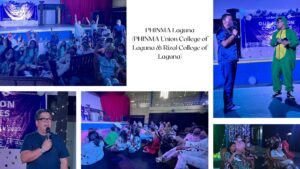 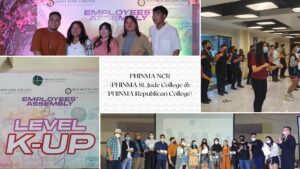 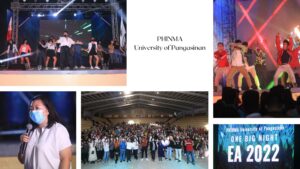 The night was not completed without the PHINMA Education family showcasing their talents. School leaders of NCR, Laguna, UPang, and UI performed, as well as the new employees of each school as is tradition every year. The SWU assembly, which was broadcasted through Zoom, had dance numbers from the Forward Crew Dancers and a TikTok dance-off by the employees. There was also a performance of “Sasamahan Kita” sung in Cebuano.

To cap off the simultaneous gatherings, a message from outgoing Philippine Country Head, Dr. Raymundo P. Reyes was broadcasted in each school. Dr. Reyes moved on to his new role as Indonesian Country Head in August. Of his 15-year journey thus far with PHINMA Education, he said:

“What really drove us, what really fueled our spirits was the burning desire to help the students that we serve, to give them the best education they deserve to have a better life. This was what fueled us, this was what kept us working each and every day. So that, despite all the countless hours that we need to put into our work, we work with joy and excitement for what each day will bring. Through all the heartaches and challenges, our passion for helping our kids kept us going.”

He thanked all members of the PHINMA Education family and concluded, “And now, the foundations are set for PHINMA Ed Philippines to grow even further. The momentum has been established and we are poised to help the underserved students in an even bigger way. There is still much more for us to accomplish and many more students to reach out to.”

BACK TO NEWS AND ARTICLES | READ NEXT